Today, ‘Mother’s Day’ is celebrated in most countries with presents and special attention to mother’s from their families, friends and loved ones. This is not how Mother’s were always honoured.

In ancient times, societies celebrated Goddesses and symbols of motherhood, rather than actual mothers. These celebrations were highly symbolic with spiritual associations. Celebrations of Motherhood with a human focus are much more recent and only in last century has Mothers Day been exploited commercially. 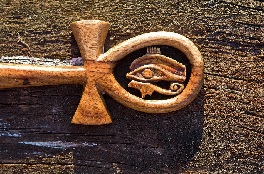 One of the earliest historical records of a society celebrating a Mother deity can be found among the ancient Egyptians, who held an annual festival to honour the goddess Isis. The story is that Isis’ brother-husband Osiris was killed by their jealous brother Seth. Isis re-assembled Osiris’ body and used it to impregnate herself. She then gave birth to Horus who she hid from Seth. Horus grew up and defeated Seth, becoming the first ruler of a unified Egypt. Isis then became known as the Mother of the Pharoahs.

Although preceded by Isis, the emergence of two other mother goddesses, Cybele from ancient Anatolia (now Turkey) and Rhea from Greece laid the foundation for the worship and celebration of motherhood in Europe.

Cybele has roots dating back 6,000 years to Neolithic times. Her realm was the earth’s mountains and caverns, natural surroundings, and wild animals and she known as ‘The mother of wild animals’. Much of Asia Minor and parts of Greece were worshipping Cybele around 600 BC. The Greeks also called her “Matar” (mother).
At the same time, some Greeks already worshipped another mother goddess, Rhea. Rhea was born from the union of the Greek goddess Gaia the personification of Earth, and Uranus, the sky god. She was known as the Greek mother of the Gods.

Later, Rome officially adapted Cybele as its own Mother Goddess. Eventually both the Romans and the Greeks simply referred to her as Magna Mater, the Great Mother.
The Roman festival to celebrate the Magna Mater goddess was known as ‘Megalesia’ was held from April 4-10, in close proximity to the Vernal Equinox (March 20/21) and the Roman festivals of Hilaria (March 15-28) in celebration of Cybele. The dates within which Mothering Sunday falls today.

By the 16th Century, as Ancient Roman religious and cultural traditions in Europe and England gave way to the spread of Christianity, Hilaria celebrations became part of Laetare Sunday, the fourth Sunday of Lent in the Christian liturgical calendar (the 40 days of fasting preceding Easter Sunday). Early Christians in England initially used the day to honour the Virgin Mary, Mother of Christ and the church in which they were baptised, which they knew as their “Mother Church.”

In the 17th Century, a clerical decree in England broadened the celebration from one focused on the church and the Virgin Mary, to include actual mothers, referring to the occasion as Mothering Day.
Mothering Day became a holiday for the working classes of England. During this Lenten Sunday, servants and trade workers were allowed to travel back to their towns of origin to visit their families.
Mothering Day also provided a reprieve from the fasting and penance of Lent. Families across England enjoyed a family feast; Mothers were presented with cakes and flowers and children returned home to visit.

When the first English settlers came to America, they discontinued the tradition of Mothering Day. The American Mother’s Day would be an entirely new event centuries later. Mothering Day may have been dropped as it conflicted with the settler’s Puritan ideals.

The first suggestion for a North American Mother’s Day came from Julia Ward Howe’s ‘Mother’s Day Proclamation’ in 1870. Howe had called on mother’s to come together and protest what she saw as the futility of their sons killing the sons of other mothers in the Civil War. She called for an international Mother’s Day celebrating peace and motherhood. June 2nd was designated for the celebration, but the day did not survive many years. However in 1908 a West Virginia women’s group led by Anna Reeves Jarvis began to celebrate an adaptation of Howe’s holiday. In 1912 West Virginia became the first state to officially recognize Mother’s Day, and in 1914 Woodrow Wilson signed it into national observance, declaring the second Sunday in May as Mother’s Day.