Mothering Sunday is celebrated in UK in the fourth Sunday of Lent (the 40 day period leading up to Easter) in honour of Mother Mary, the mother of Jesus Christ and now, all mothers. As the dates of Lent and Easter vary each year, so also the day of Mothering Sunday varies. In comparison, the American Mother’s Day is a secular holiday always celebrated on the second Sunday in May.

The Origin of Mothering Sunday 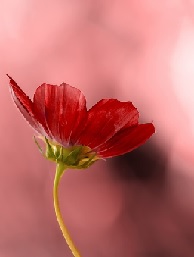 Mothering Sunday is hundreds of years old. In seventeenth century England it was a tradition for Christians to visit their nearest parish or “Mother Church” every Sunday. When children left their homes for jobs as apprentice or domestic servants, usually from the age of ten years, they were given leave once in a year, in the middle of the Lent, to visit their “Mother Church”. This allowed time for family reunions, so children would return with flowers and special cakes for their mothers. Therefore, over time, this holiday meant for the return to Mother Church was stretched to include all mothers and was named as Mothering Sunday.

While this tradition died out as church attendance dropped, Mothering Sunday remained the fourth Sunday of Lent in the UK. During World War II, the influence of American servicemen and women in the UK revived interest in the day.

Mothering Sunday has been commercialised to a great extent in the last hundred years. Today Mothering Sunday is just as commonly known as “Mother’s Day” and is celebrated the same way with the cards, flowers, chocolates and dining out.
The traditional dish for Mothering Sunday is Simnel Cake, a rich fruit cake with marzipan on top and in the middle. There are plenty of Simnel Cake recipes, but very few explain why it has 11 marzipan balls decorating the top of the cake. They are supposed to represent 11 apostles (Judas, who betrayed Christ, is already removed).

“Mothering Sunday Buns” were also made to celebrate. These sweet buns are topped with pink or white icing and the multi-coloured sprinkles known as “hundreds and thousands” in the UK.

The fourth Sunday of Lent has also been named ‘Rose Sunday’ to mark the period when the purple robes of the priests were changed to lighter rose-coloured robes. Whilst roses are a flower of love and a perfect gift for Mothering Sunday in their own right, to have the date as ‘Rose Sunday’ adds an additional touch to a rose gift to your mother.

The Origins of Mother’s Day

By the turn of the twentieth century, the tradition of visiting the mother church and your own mother on the fourth Sunday in Lent had waned. Yet at this time, there was a campaign for a Mother’s Day in the USA, which was first celebrated in 1908 when Anna Jarvis held a memorial for her mother in West Virginia. Anna’s campaign to make “Mother’s Day” a recognized holiday to honour all mother’s in the United States had begun in 1905 and in 1914 Woodrow Wilson signed a proclamation designating Mother’s Day, held on the second Sunday in May, as a national holiday to honour mothers.

After the launch of ‘Mother’s Day’ in the USA in 1914, Constance Penswick-Smith, the daughter of a Nottinghamshire vicar, created the Mothering Sunday Movement asking for the revival of the Christian festival. The influence of American and Canadian soldiers serving with the British during World War II led to the merging of the traditions of the Christian Mothering Sunday with the newly imported traditions from Mother’s Day in North America.

Although Jarvis was successful in founding Mother’s Day, by the early 1920s she was angry that companies were ignoring the sentiment of Mother’s Day for their own profit. She organised boycotts of Mother’s Day arguing that children should appreciate and honour their mother’s through handwritten letters expressing their love and gratitude instead of buying gifts and pre-made cards.