Mothering Sunday and Mother’s Day are not the same 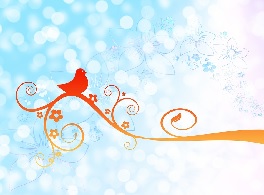 In seventeenth century England it was a tradition for Christians to visit their nearest parish or “Mother Church” every Sunday. When children left their homes for jobs as apprentice or domestic servants, they were given leave once in a year, in the middle of the Lent, to visit their “Mother Church” and so their families too. Over time, the festival celebrating a return to the Mother Church was stretched to include all mothers and was named as Mothering Sunday.

Mothering Sunday was once also known as ‘Refreshment Sunday’. The return to the Mother Church allowed for a temporary one-day break in Lenten fasting, allowing for a temporary indulgence in some special rich food. Traditionally, after church, families would tuck into a Sunday dinner of roast lamb or veal and mother would be made Queen of the feast. This tradition is continued to this day in that Mothering Sunday is about spoiling mum and making her feel happy and appreciated.
Mothering Sunday is also known as ‘Simnel Sunday’, families would gather with freshly baked delicious Simnel cakes. Simnel cakes are made of two rich fruity layers that are boiled in water and then baked, before having almond paste spread on top and in the middle of the layers. Traditionally the cake would have been decorated with 11 balls of marzipan to represent the 11 disciples (not including Judas).

Traditionally, it’s believed that bread was also freshly baked for mothers on Mothering Sunday. Children would awake early and get the bread in the oven so mums would wake to the beautiful aroma of fresh bread. Nowadays mum’s are either taken out for a special meal or a home cooked Sunday roast dinner is enjoyed by the whole family.
During Lent there are no flowers displayed in the church, so there is no traditional flower for Mothering Sunday, though the red carnation is the flower for the secular Mother’s Day. However, when children returned for the Mother Church celebrations they were known to pick wild-flowers to give to their mothers.

Mothering Sunday has taken on some of the commercialism of Mother’s Day so that now it is common for gifts to be given to mothers. If you want to go beyond the traditional chocolates and scented candles, there are a range of more gifts that you can personalise for your mum to make them unique. This is a day to tell your mother how much you love and appreciate her. To offer a gift in gratitude for all that she has done to raise us. Give some thought to what you know she would like, but would not necessarily buy for herself. This is not about what she needs, but about what she would enjoy. You cannot go far wrong with a massage, manicure or spa day.

If you prefer to give a gift with a difference, a number of charities will send a special card in return for a donation to your mother’s favourite charity, or help support mother’s elsewhere in the world by donating to Haitian women to help them start their own business or to give a goat to a family in Zanzibar.