Most mothers will appreciate a gift of quality chocolate or a visit to a spa for luxury treatments as a token of appreciation and love from their children. However, it is little known that the original idea for Mother’s Day in America was not for a day where women would be pampered, but as a rallying cry to mothers after the American Civil War to leave their homes and stand up against future war.

In 1870, Julia Ward Howe published the Mothers’ Day Proclamation for mother’s who had lost their sons in the war. A call to a day of activism calling for the ending of borders and nationalism and for all women to see another’s son as their own. To commemorate those lost to war and a rally for peace. 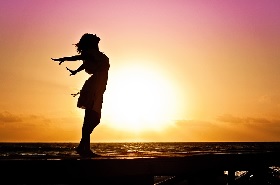 As mothers, future mothers and as carers of any kind, women have an immense ability to nurture. The wish to care for and protect young people, not just those we have birthed, means that we want to create a safe environment for children to live happily. A drive for peace and the demand for compassion is exactly what Julia Ward Howe envisioned for Mother’s Day.

It is commendable that you want to spend time with your mother on Mother’s Day and to treat her like a Queen for the day and give her a gift that she would not consider buying for herself. However, it is also worth considering the original proclamation as it bears such relevance in today’s world of stranded refugees and migrants who shout for “No borders. No nations. No more deportations.”

“Arise, then, women of this day! Arise all women who have hearts,
whether our baptism be that of water or of fears!

Say firmly: “We will not have great questions decided by
irrelevant agencies. Our husbands shall not come to us, reeking
with carnage, for caresses and applause. Our sons shall not be
taken from us to unlearn all that we have been able to teach
them of charity, mercy and patience.

We women of one country will be too tender of those of another
country to allow our sons to be trained to injure theirs. From
the bosom of the devastated earth a voice goes up with our own.
It says “Disarm, Disarm! The sword of murder is not the balance
of justice.”

Blood does not wipe our dishonor nor violence indicate possession.
As men have often forsaken the plow and the anvil at the summons
of war, let women now leave all that may be left of home for a
great and earnest day of counsel. Let them meet first, as women,
to bewail and commemorate the dead.

Let them then solemnly take counsel with each other as to the
means whereby the great human family can live in peace, each
bearing after their own time the sacred impress, not of Caesar,
but of God.

In the name of womanhood and of humanity, I earnestly ask that a
general congress of women without limit of nationality may be
appointed and held at some place deemed most convenient and at
the earliest period consistent with its objects, to promote the
alliance of the different nationalities, the amicable settlement
of international questions, the great and general interests of
peace.”

Celebrate a traditional Mother’s Day, but perhaps also consider how you can help mother’s suffering the loss of son’s and daughter’s in today’s conflicts.